Stay tuned and get our latest articles directly to your inbox. Enter your email address below:
Tugdual Grall
Written by Tugdual Grall On 29 October 2010 -
Uncategorized

Hey Steve, keep the bean in the Apple!

The news from last week that grabbed the attention of many Java developers was Apple’s announcement of its intentions to deprecate Java in the latest OS X 10.6 update. One sentence stood out in particular, “Developers should not rely on the Apple-supplied Java runtime being present in future versions of Mac OS X,” and raised the question: should Java developers (many of whom, like me, develop on Macs) freak out?

I don’t think so. (Though it prompted additional speculation and follow-on news stories.)

Let’s be realistic. Most applications run on the server side, on Unix/Linux and/or Windows Server – which has nothing to do with Apple or Mac OS X. And more and more applications are running on the cloud, where the language isn’t necessarily irrelevant, but certainly less important than the services that the application exposes. And I’m sure Java will have a big role in ‘development in the cloud,’ as we can already see with Google AppEngine and the VMWare/SpringSource effort.

I think the more interesting question to ask is “Why did Apple do this?”

I believe this is related Apple’s other big news last week: the new “Mac App Store,” which looks like an effort to have one single technology and language to develop “official” applications for Mac. In fact, for all Apple platforms running OS X and iOS, developers should use X Code and Objective C. That’s fine with me, as I enjoy developing small apps for my iPhone and iPad in my spare time, using these tools. But at eXo, many of our developers are using Java, often on Macs, to build our software.

We’re not talking about the same kind of applications. If, in the future, Java does not exist on Macs, it will not cause enterprise developers to abandon Java, but simply force them to move away from their Macs. Personally, I don’t want that to happen. I switched to Mac in 2001, and I’ve been a big fan of all Apple products ever since (most of my extended family are now also on Macs, and they couldn’t care less about Java).

As a Java developer, do I switch back to PC now? Unlikely. I am very confident (overconfident?) that Java will still be present on OS X. The difference is that Apple will simply stop caring about it — the same way that Microsoft doesn’t care now. I cannot believe that Apple will stop/block Java on their platform. So the future of Java in general, and now on Mac, is fully under the control of the Java community, driven by Oracle and OpenJDK. I am sure we will find many skilled “MacAddicts” to maintain and improve Java on OS X, to at least allow Java developers to run their favorite IDE and test their applications before deploying them on the servers — keeping the “Write Once, Run Anywhere” a reality (almost…). The only “bad” part is the fact that “Java Desktop” will not borrow any of the cool features of Apple Mac OS X. Not a big deal, since Java Desktop has never been that successful anyway.

So my advice to fellow Java developers is this: if you care, be vocal. Let’s make sure Apple lets the community drive the future of Java on Mac, since the future of the Java platform is still very exciting for many of us. 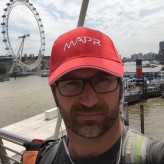