Stay tuned and get our latest articles directly to your inbox. Enter your email address below:
Wassim Zlitni
Written by Wassim Zlitni On 7 August 2020 -
Cartoon

For months,TikTok has been facing security issues and was even threatened with a ban in the US.This would be like the Black Monday for TikTok users in the United States .

The Hero of our scenario is Microsoft. It is going to close one of the strangest offers in tech enterprise history. The organisation publicly announced it was once in talks with President Trump to purchase portions of TikTok from its Chinese parent business enterprise,ByteDance.

Microsoft has amazed us with an unpredictable plot twist that could doom the entire venture if it can’t be resolved. Microsoft isn’t bidding for TikTok; it’s bidding for the portion of TikTok in four countries: the US, Canada, Australia, and New Zealand. No one has ever cut up a social network along regional lines, least of all as a result of a national ban from the president.

Basically, TikTok will split into two apps (let’s name them MS-TikTok and BD-TikTok), with separate servers, a separate codebase, and separate users. That would influence nearly everyone who works with the app: advertisers would reach fewer users with a single advert purchase, influencers would have a smaller pool to go viral in, and users would have less content material to choose from.

So ABCD! (Any Body Can Dance), in the MS or BD TikTok area. 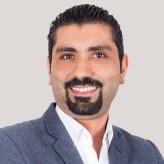 I am marketing manager, I supervise the Marketing & Acquisition activities at eXo platform. I love creating concepts. I also write essays on topics that fascinate me as leadership, digital marketing and digital collaboration