Stay tuned and get our latest articles directly to your inbox. Enter your email address below:
Nouha Blagui
Written by Nouha Blagui On 13 January 2017 -
Cartoon 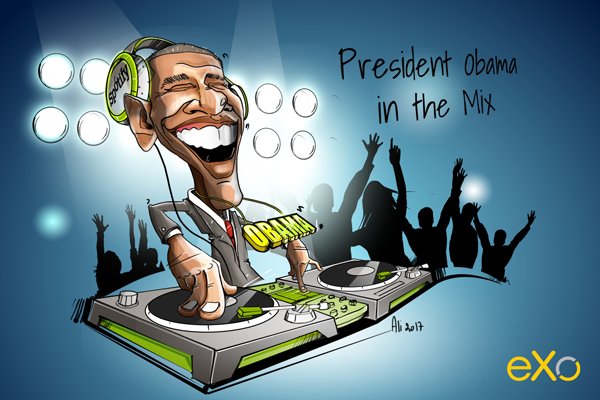 Losing a job is hard. And difficulty in figuring out your next adventure makes it even harder.

Or maybe not, if you’re the President of the United States! President Obama will soon leave his current position but it doesn’t seem like he’ll be unemployed for long.

He recently made a joke that he wanted to work for Spotify. So Spotify has created a job on its careers page that the former president is specifically qualified for: “President of the playlist”.

While the offer doesn’t specifically mention Obama, the listing states that the applicant should have “at least eight years experience running a highly-regarded nation”. I think that his experience with diplomacy should help him with that.

Having a Nobel prize is also well perceived by the recruiters. 🙂

“Ever had Kendrick Lamar play at your birthday bash?”, the listing asks. Mr Obama called Lamar his favourite rapper when the artist joined him at his 55th birthday bash.

Also, let’s not forget that President Obama has some killer playlists, which he’s been sharing since 2015. These include talented artists like Kendrick Lamar, Nina Simone, Bob Marley, Courtney Barnett and many more. He’s even bragging about it, “I’m still waiting on my job at Spotify… Cuz I know y’all loved my playlist,”. That’s what he said at an intimate White House reception just last week.

Obama has some other hidden talents too; for instance, he recently danced to Hotline Bling, from the reigning spotify King: Drake.

It’s pretty clear that the music streaming service has only one candidate in mind, but if you think that you’re a better fit than Obama, just apply!

However, I should warn you that it might be a bit hard to get the CEO and Founder of Spotify, Daniel Ek, to change his mind as he personally tweeted Obama asking him to have a look at the new offer:

“Hey @BarackObama, I heard you were interested in a role at Spotify. Have you seen this one? https://www.spotify.com/us/jobs/view/o0CA4fw0/ …”.

Good luck on trying to deter him 😉