Stay tuned and get our latest articles directly to your inbox. Enter your email address below:
Nouha Blagui
Written by Nouha Blagui On 2 December 2016 -
Cartoon 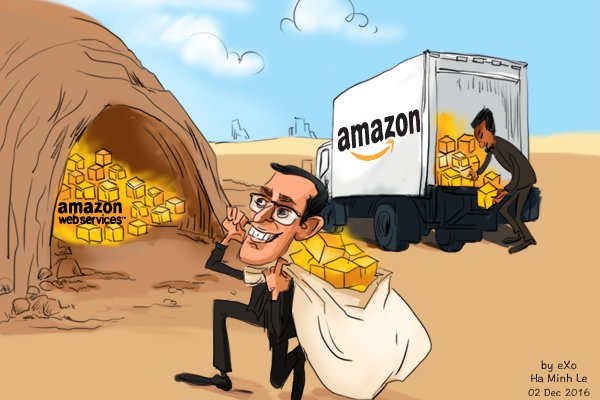 This Wednesday during the cloud computing conference in Las Vegas, Amazon Web Services CEO Andy Jassy had someone drive a truck, a Snowmobile, on stage to the delight of a laughing and cheering audience, with everyone believing that it was some kind of  joke.

Using conventional means of transferring that data, “it will take you 26 years to move an exabyte to the cloud”, Jassy said.

Enter the Snowmobile. “With 10 Snowmobiles, it takes only six months” to move that data to the cloud, Jassy said.

After AmazonFresh, now it’s the turn of the Snowmobile. This makes one wonder if Amazon had a donation of trucks earlier this year and has consequently decided to use them wisely.

What will be your 2017 obsession Amazon?